Before ask the price, its better to let us know the items, quantity and quality demand. then the price will send to you soon.

SNL plummer block housing are generally made of gray cast iron. If higher strength cast iron is required in some applications, plummer block housing made of ductile iron and having the same size can be used. Bearing housing made of ductile cast iron are available in two designs: a design with four connecting bolt holes (FSNLD type), and a design without connecting bolt holes (SSNLD type).

The scope of supply of SNL bearing housings includes a series of bearing housings of different sizes but with the same design. They can be used together with a variety of standard seals and can be used under different working conditions and environments. SNL housings are suitable for applications with shaft diameters between 20 and 160 mm. 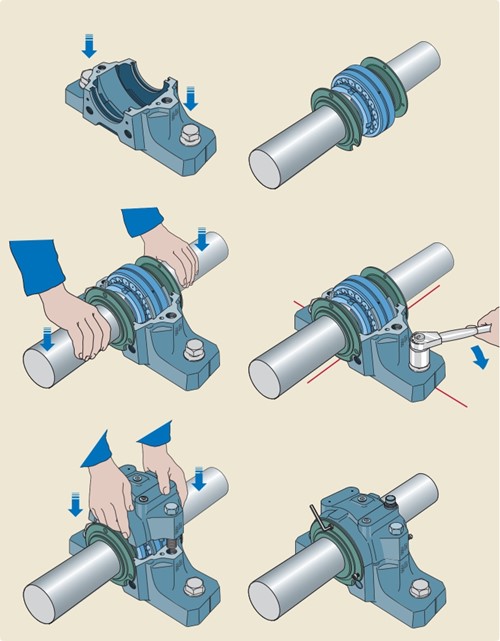 The SNL bearing housing adds some supporting parts and wall thickness around the connecting bolt hole to make the bottom of the easier plummer block housing stronger. Therefore, the connecting bolts can be locked tighter to improve the positioning ability, and the pillow block can be prevented from deforming the seat hole due to excessive force.

The main benefit of split plummer block housings is their easy installation; preassembled shafts can be mounted in them. When the housing bases are attached to the baseplate, it is then only necessary to place the housing caps in position and to tighten the

attachment bolts to complete the installation. Split plummer block housings available on the market are mainly intended for self-aligning ball bearings, spherical roller bearings and toroidal roller bearings of ISO Dimension Series 02, 03, 22, 23 and 32. They can

often be fitted with a number of different seals. Many designs and variants of split plummer block housings are available, making the use of tailored housings unnecessary and thus enabling cost-effective bearing arrangements to be made.

You can see that above mentioned are all information about our Bearing housing/Plummer Block Housing Unit information. 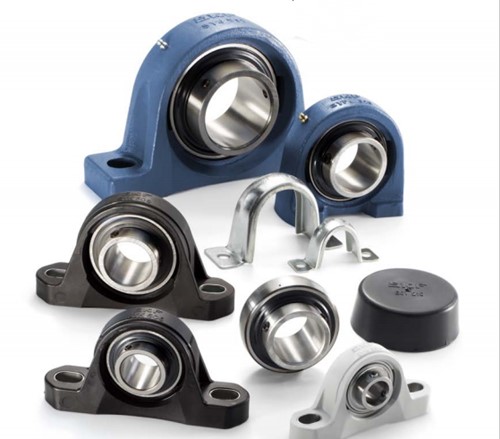 Ball Bearing Unit is a kind of bearing unit which combines rolling bearings with bearing housing, it also usually named Pillow Block Bearings, most of the ball bearing unit are made of spherical surface, and are installed with bearing pedestal with spherical inner holes, they have various structure forms, good universality and interchangeability. the internal structure of pillow block bearings are the same as that of deep groove ball bearings.

SNL and SE series for bearings on a cylindrical seat, with standard seals

SNL series for bearings on an adapter sleeve, with oil seals

SNLN 30 pillow block housings for bearings on an adapter sleeve